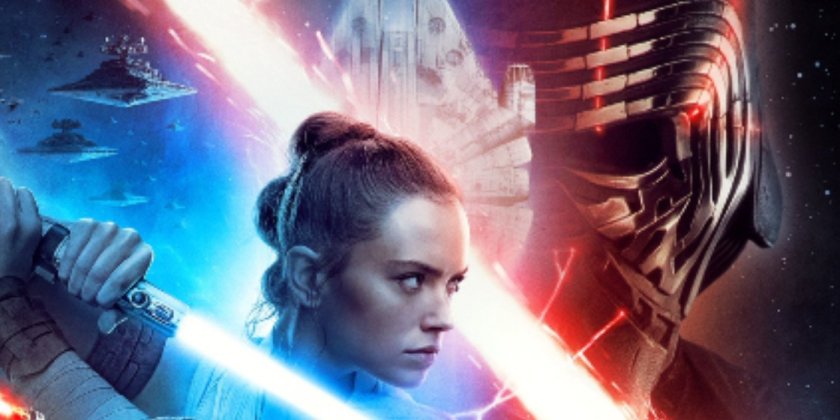 On Friday, December 6th, a timely two weeks before the release of Star Wars: The Rise of Skywalker, Disney issued a warning that certain scenes in the film would contain flashing lights and may negatively affect those with photosensitive epilepsy. While the announcement was admirable and demonstrated a gesture of goodwill from the company to consumers, there is another warning needed for Rise that the company didn’t disclose: That the film romanticizes abuse and assault against women.

It is important to note that the descriptions following technically qualify as spoilers for the new film that debuts in theaters today on Friday, December 20. However, when it comes to the portrayal of serious, harmful, and triggering content, the safety of viewers should be more important than allowing oneself to be surprised while watching a film. Not all surprises are enjoyable.

In order to inform…

So, who else has recently made a Lunar talisman via Electional means? The photo is deliberately crap btw.
It’s not the worst #cakemix I ever bought, but it could be better, something about an aftertaste I can’t describe, but technically isn’t in baked goods when I bake with #Swerve. YMMV. #SwerveSweets #GlutenFreeBaking #glutenfreebakingmixes BTW, Swerve guise, I like your product, but it’s misleading to label your product Vanilla if the buyer has to add the extract themselves, kthnxbye! - Maybe my dream of going truly low carb IS in vein because my standards are too high. At least there’s complicated Ceremonial Magick that a handful of fools on Tumblr who romanticize peasant life consider “elitist”, eh?
This MIGHT be good #browniemix, but advising people to bake them in a glass pan of all things, worse at a whopping 375-400 F is ridiculous! 325 F is best for most baked goods! #brownies #pastry #glutenfree #paleobrowniemix #simplemills #baking
That time of the year. #traderjoes #coffee #pumpkinspice
#Zevia Vanilla #CreamSoda Not great, not terrible.
I’m surprised that I like this. #Gluttony - If I could I would have made a set of rules about what’s allowed in comments, but Instagram won’t allow it. That said, bullshit sexist, gender essentialist, and homophobic slurs aren’t welcome here. - I’ll get around to posting Occult related stuff again, I’m just increasingly careful about privacy. - If you have difficulty with petitioning a particular planet in the GD/Thelema/Modern Magick manner, it’s either you or the ritual that is at fault, and it is up to you to do research on how to perform it correctly-but a part of me suspects some of the unfounded fears out there are due to bad or very ignorant Occultists that aren’t around anymore, coupled with New Age distortions.

This is a text widget. The Text Widget allows you to add text or HTML to your sidebar. You can use a text widget to display text, links, images, HTML, or a combination of these. Edit them in the Widget section of the Customizer.
%d bloggers like this: